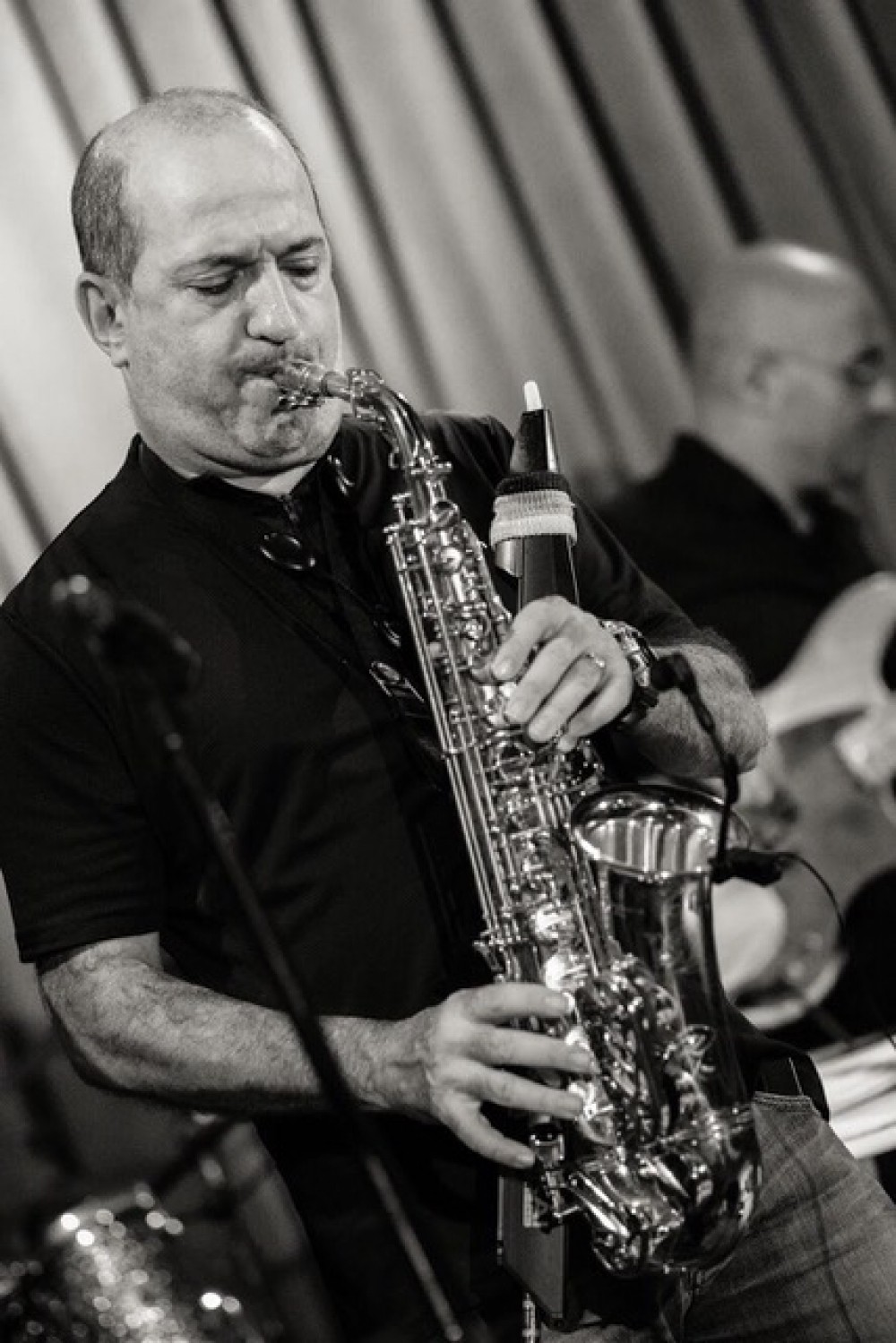 Yahya Dai is a Saxophone, Ewi and Flute player born in 1963, in Ankara/Turkey.

He is in Turkey's Jazz scene, for more than three decades. He started playing the soprano recorder in 1974. In 1981, he had his first alto saxophone while he was about to graduate as a technician. He trained saxophone himself, then started working with well known Turkish jazz musician Tuna Ötenel in Ankara. In 1990 he joined "Asiaminor”; one of the most significant ethnojazz project from Turkey. Dai joined the tours in Germany, Austria, Switzerland, Italy, Hungary, Greece, Cyprus, Spain and USA with “AsiaMinor”.

He served as a saxophonist in the Ankara Municipality City Orchestra in 1991 and 1992, also performed in several events with the Ankara State Opera and Ballet Orchestra. He also participated a concert of the Presidential Symphony Orchestra as guest artist in 1994. In 1998, he moved to Istanbul and established Yahya Dai Quartet/Quintet. Since then, he continues performing with these groups at various projects and concerts. He took stage at The "A- Train" Jazz Club (Berlin), in 1999.

In 2000, Dai had a workshop with Mike McMullen in USA for two months and participated jam sessions in Sacramento and San Francisco. In the same year, he performed with Alper Yılmaz at the World Music Festival, which was held in U.C. Davis California. He took stage with Aşkın Arsunan (Ethno Karma and Blue Print Project) and Erdal Kızılçay, and joined in Cahit Berkay’s “Film Music” project. In 2002, Dai participated in the Joshua Redman Remix Competition which was held by the organization “Acidplanet.com” and received the third prize.

Dai also performed with Ayşe Tütüncü Trio at “The Prague Open Jazz Festival” (2005), at “The London Jazz Festival” and “Jazz Lives in Syria” (2007). He performed Shostakovich’s “Jazz Suite No.2” with Şişli Symphony Orchestra in 2006. In the same year, he started his solo computer music project named "Plan B".

He has been on stage with numerous groups in his country and also with many well known international musicians such as; Marcus Miller, Joshua Redman, John Scofield, Dianne Reeves, Christian Mc Bride, Roy Hargrove, Russel Malone, Bugge Wesseltoft, David Friedman and many more. He has appeared in more than fifty recordings. He released his debut album "Ümitvar Mavi" in 2011.