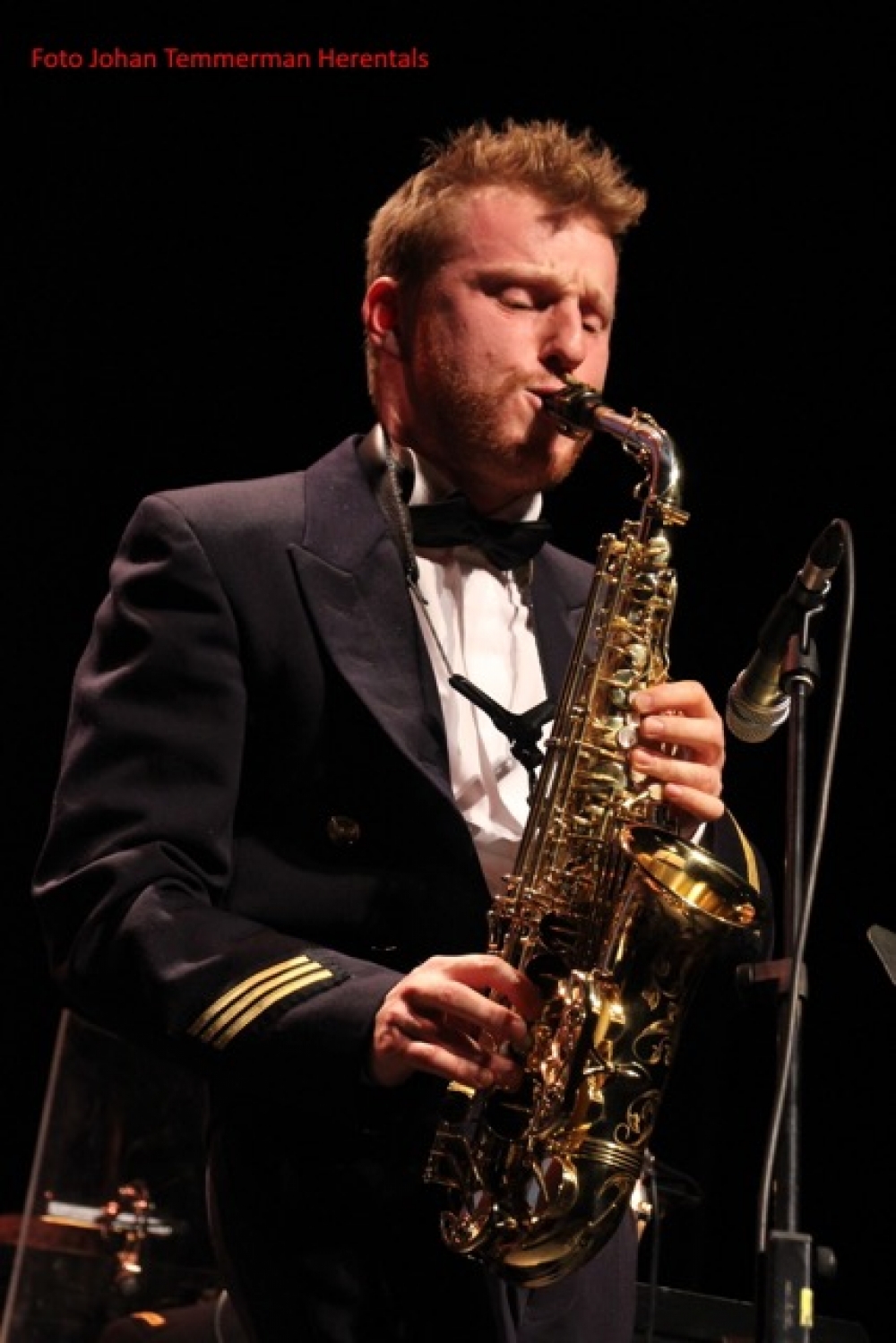 Thomas Van Gelder (Belgium-1982) started his musical education at the music academy of Diksmuide with Rik Vaneyghen.
In 2000 he went to the Royal Conservatorium of Gent, studying classical saxophone with Willy Demey, Rik Vaneyghen, Raf Minten and Koen Maas.
Later on, he started his jazz education with Bart Defoort (Brussels Jazz Orchestra) en Pierre Vaiana, at the same conservatory.

Since 2006, Thomas was the founding member and driving force behind music theater company “Die Verdammte Spielerei”, with which he travels home and abroad, with own performances and accompanies various international artists.

In 2010, Thomas passed the entrance test as a saxophonist at the Royal Music Band of the Belgium Navy, where he has held the position of lead sax since 2014.