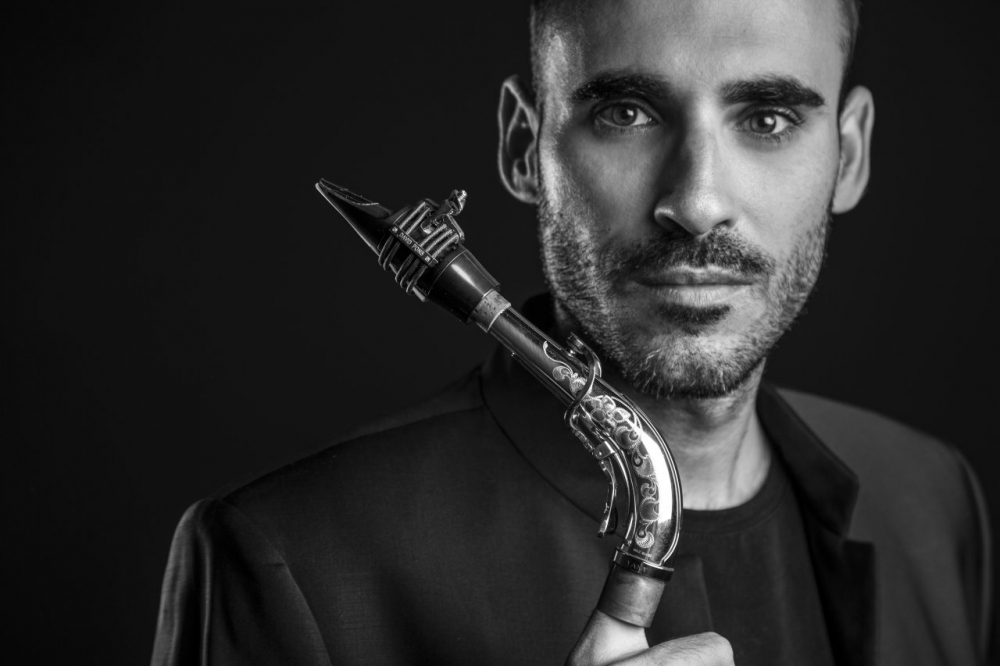 He was born in Valencia (Spain) and he finished the Studies of Interpretation and Pedagogy of Saxophone at the Royal Conservatory of Music in Madrid, with the highest marks in the recital of ending career. He has also a Master in Cultural Management from the University of Alcala de Henares (Madrid) and a Master of Musical Investigation in Valencia International University (VIU). He has been jury at Competitions like International Music Tournament of Verona and ENKOR International Woodwinds and Brass Competition.

As soloist, he has performed in the Chamber Hall of the National Music Auditorium in Madrid or the Palau of Music in Barcelona with the National Classical Orchestra of Andorra in the concerts called “First Palau”. He has participated in the World Saxophone Congress in St Andrews 2012 and World Congress Saxopen in Strasbourg 2015, Touquet International Music Masters in 2013, European Congresses in Ciudad Real 2014 and Porto 2017. He has played and recorded in streaming for Classical Channel from National Radio from Spain (RNE), Euro Radio and Cataluña Music. He has performed with the Orchestra of the Community of Madrid, Europa Philarmonie, Orchestra of Valencia and he plays usually with National Orchestra of Spain.

Has published 2 Cds: Original (2015) with the Octavia Saxophone Quartet and Alma (2017) with the pianist Sonia Sifres with transcriptions of Camillo and Robert Schumann to the 4 main members of the saxophone family. He is working on their next discography Project.

Professor of Saxophone and Chamber Music at the Superior Conservatory of Music of Castilla la Mancha in Albacete, he is a D’addario Woodwind, Silverstein Works, Instrumentomania and Yanagisawa artist.