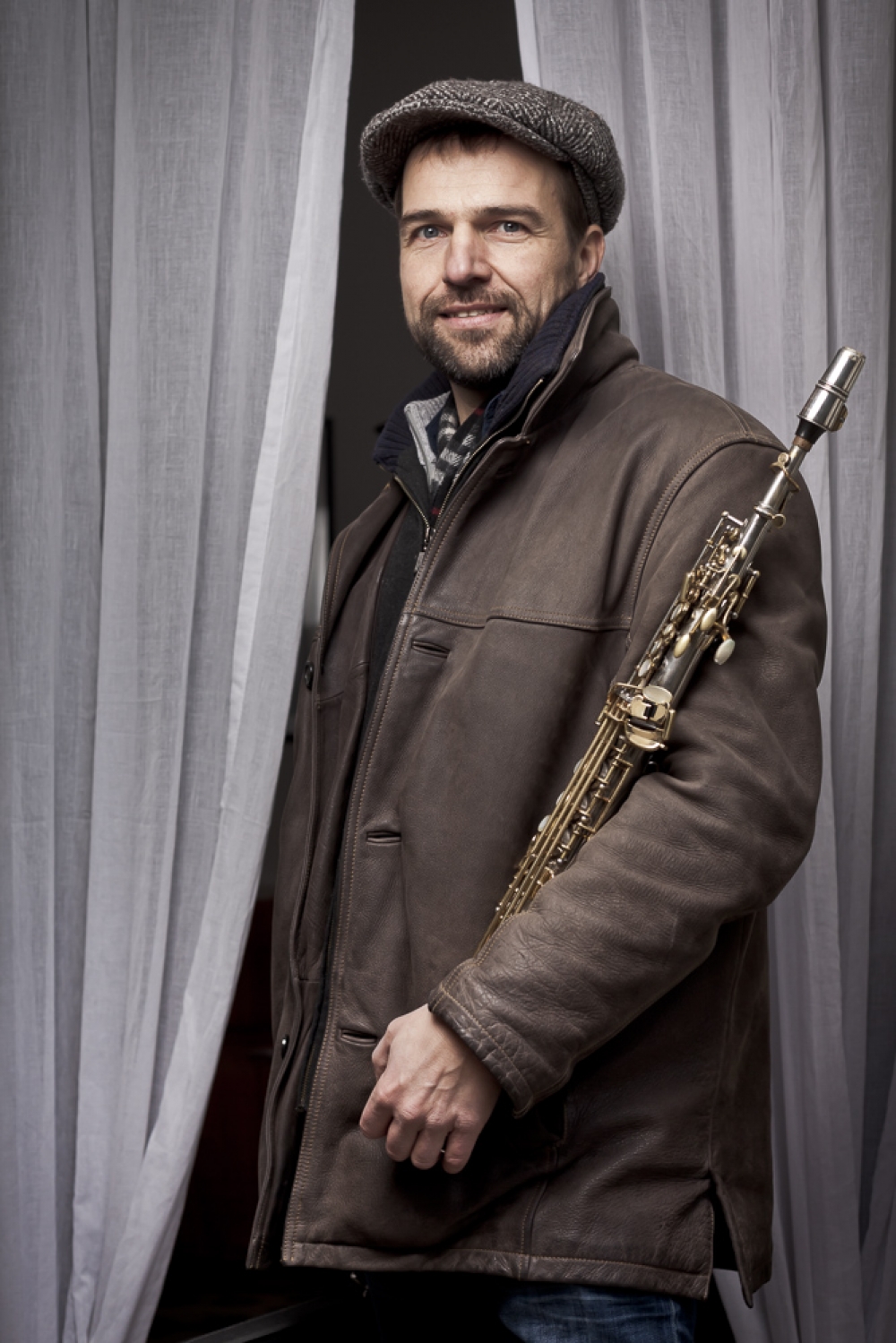 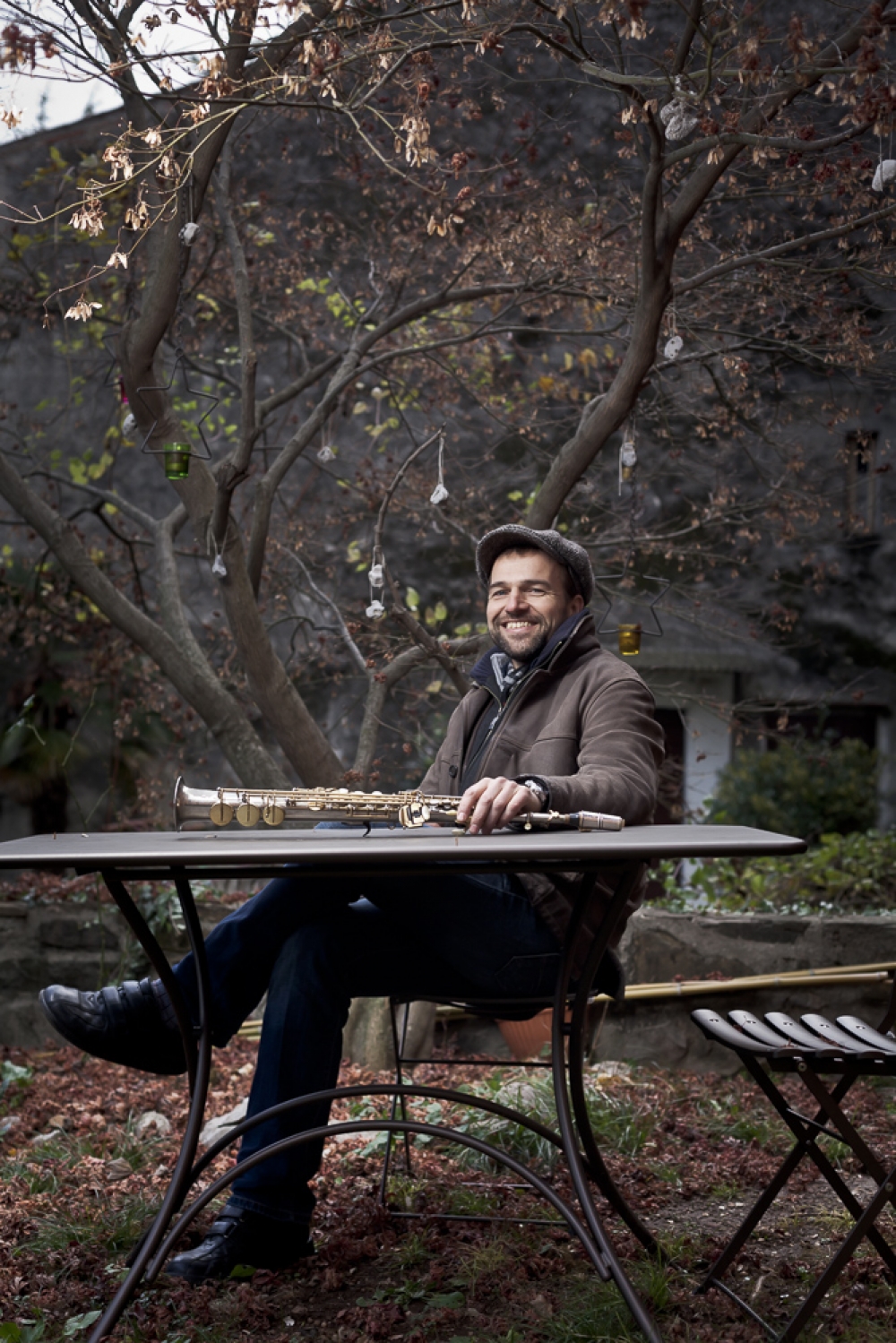 Multi-instrumentalist Klaus Gesing is a writer, player, bandleader and teacher on the vanguard of jazz.
Professionally trained at the Royal Conservatory of Music in The Hague in Jazz (John Ruocco) and Classical (Leo van Oostrom) Saxophone , he finished his studies with a special remark for his compositions and artistic expression.
He had additional studies and occasional concert appearances with David Liebman. Gesing has been awarded Best Soloist at the Jugend Jazzt Competition in Germany/NRW(1988), Best Soloist at the Middelzee Jazz Festival (1994), the Van Merlen Jazz Prize (1995) and Best Soloist at the Vienne International Jazz Competition (1996).

He published several CDs in Duo with Glauco Venier (“Klaus Gesing and Glauco Venier play Bach”, “Klaus Gesing and Glauco Venier play Songs”) and began an intensive collaboration with Norma Winstone.
As a leader, the well received debut album “First Booke of Songes”, was followed in 2006 by “Heartluggage”, recorded and performed by Gwilym Simcock on piano, Yuri Goloubev (bass) and Asaf Sirkis (percussion).
Described in a recent review in All About Jazz as “one of those hidden gems that commands attention from the get-go”.
His long-standing partnership with Italian pianist Glauco Venier led to the stunning trio with Norma Winstone and three critically acclaimed albums on Universal and ECM.

The second album, Distances, earning a Grammy nomination and a prestigious Académie du Jazz award.
“Stories Yet to Tell” has again received rave reviews, while the Trio‘s latest release for ECM “Dance without Answer”, that has been published in January 2014, promises to be the Trio’s most imaginative musical testimony.
Another appearance on the Label ECM (in 2009) is marked by the publication of Anouar Brahem’s “The Astounding Eyes of Rita”, a CD that is dedicated to the memory of the lately deceased Palestinian Poet Mahmoud Darwish.
On this album Klaus Gesing appears playing only Bass Clarinet, an instrument that has become increasingly important during recent years.

2011 showed the publication of the „loopspool“ video made in Switzerland, where he presents his duo with American born percussionist Jarrod Cagwin. This project focuses on extended live-looping on a purely acoustic basis, bringing the use of computer in the process of acoustic music making to an all new level.
A new collaboration, started in the spring of 2013, with the Swedish bass player Björn Meyer and the Swiss drummer Samuel Rohrer, “Gesing_Rohrer_Meyer” concentrates on “open_source_music” – a multifaceted project, crossfading improvisation and composition on a very contemporary level, using live electronics with an analog approach.
As a composer – next to writing the main body of the musical material for his own projects and parts of the recent ECM releases with Winstone / Gesing / Venier – Klaus Gesing‘s commissions have included a music soundtrack composed for the the Stadtmuseum Gmunden, Austria. He has also composed a soundtrack to the 1928 silent film, “Joan of Arc” by the Danish director Carl Theodor Dreyer, in collaboration with italian organist and director Paolo Paroni. As a member of the ‘Jazz Big Band Graz’, two of his widely noted compositions appear on the album “A Life Affair” released by Universal Music (2004).

In 2013 he has been commissioned by the Coro Friuli Venezia Giulia / Italy to write a piece featuring himself on bass clarinet and soprano saxophone.
2014 saw the publication of a new album by the Tunesian Oud player Anouar Brahem,”Souvenance”, featuring Francois Couturier on piano, Björn Meyer on bass, and a 18piece string orchestra on which Klaus Gesing delved further into the combination of bass clarinet and live electronics.
Klaus Gesing’s first solo work "Klaus Gesing - reaLTime" was published in 2015. For this recording he extended the possibilities of live looping with wind instruments, which offer a special challenge in this field.
"A range of expression not heard since John Surman" (Tyran Grillo - All About Jazz) was one of the many favourable press reactions.