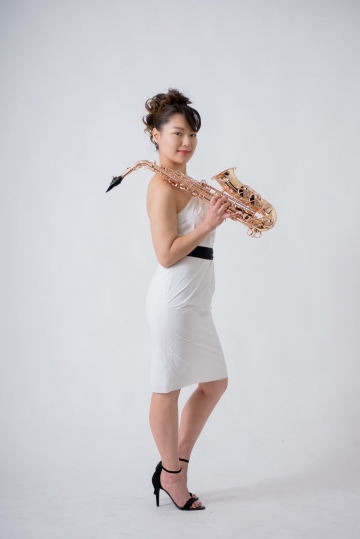 Emi Kondo is from Tsurugashima city, Saitama Prefecture, Japan.
She graduated from the music course at the Saitama Prefectural High School of the Arts before going on to finish her studies on saxophone at the Senzoku Gakuen College of Music, where she received the award for Outstanding Performance.
During her time at Senzoku, Emi participated not only in on-campus concerts where the performers were specially chosen based on their performance level, but also in overseas tours and Senzoku's graduate concert.
She performed at both the Yamaha New Artists Concert and the Japan Saxophonist Association New Artists Concert. Emi participated in the 2015 Frederick L. Hemke Saxophone Institute (FLHSI) Maine summer camp and was awarded Best Recital Performance of the camp.
She is enthusiastically involved in organizing concerts and various live performances while collaborating with diverse ensembles mainly within, but not restricted to, the Saitama region of Japan. An active member of Ensemble Allegro, Emi also tests saxophones after they have been repaired by Sax Studio Yanagisawa Croche Japan. Emi studied saxophone under Kazuo Tomioka and Takashi Saito, and chamber music under Shinichi Iwamoto and Yoshiyuki Hattori. She has also benefitted from a master class with Otis Murphy.
Back