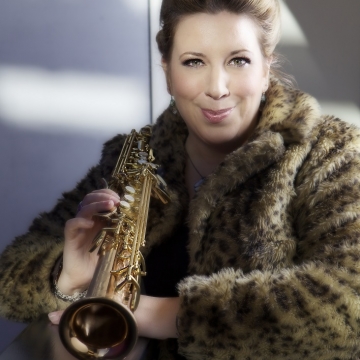 Sue was the Assistant Director of the 16th World Saxophone Congress, 2012 and as one of Scotland's leading contemporary saxophonists she has given UK and Scottish premieres of many new works. She is one half of the McKenzie Sawers Duo who recently released their first CD, "The Coral Sea", with Delphian Records.

Sue is also the leader and founder of the Scottish Saxophone Ensemble who were part of the Made in Scotland Music Showcase, 2013 and the Director of the Scottish Saxophone Academy. She regularly performs with Salsa Celtica and the Glasgow Improviser’s Orchestra and recently performed with her own band, "Dark Grooves" at the Edinburgh Jazz and Blues Festival 2013. She was chosen as part of Serious Music's talent development programme, Air Time, in 2014. Sue also plays in Syntonic with bass player Emma Smith and runs Bitches Brew which promotes female improvising talent.