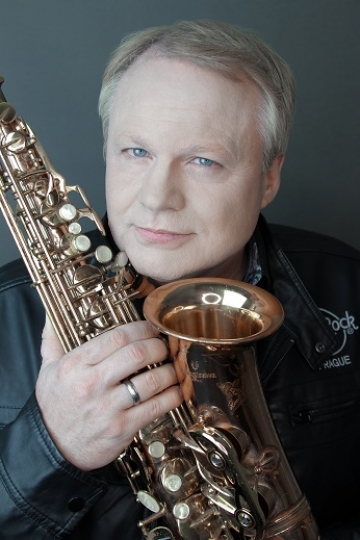 Ed Wynne started his musical career in Los Angeles when his family relocated from Oregon. By the time he was 21 Ed had played with greats like Roy "Guitar" Gaines, Ronnie Laws, Roland Batista, The Platters and Bill Medley.

In 1989 and early 1990 Ed toured with Vesta Williams on her For You Tour. In 1991 Ed was hired by Universal Studios Hollywood as Blue Lou in the Blues Brothers Rhythm & Blues Review. During his 7 years with the Blues Brothers Show Ed found time to play gigs and T.V. dates including the ABC All--‐Star Pro Sports awards show with Buster Poindexter, a live broadcast from the Universal Amphitheater.

After many years at Universal Studios and other California theme parks Ed hit the road as Musical Director for the Emmy Winning performer Wayne Brady of Whose Line Is It Anyway, followed by a stint with the Frankie Valli band and then went on the road with The Doobie Brothers for their 2002 summer tour.

Currently Ed Wynne spends his time performing with the Al McKay’s Allstars, serving as CEO of the Burbank Music Academy and Executive Director of Rockin For The Arts, a nationally recognized 501c3.