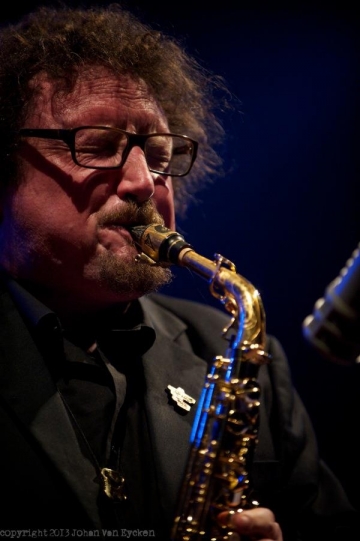 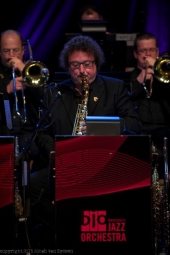 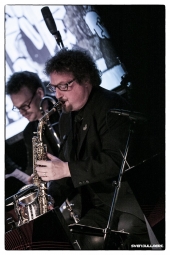 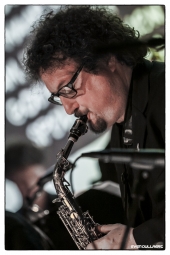 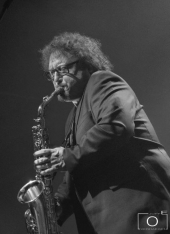 Frank Vaganée was born on March 19, 1966 in Mechelen, Belgium.
He received a classical education at the Conservatory of Mechelen and the Royal Conservatory of Antwerp (1974-1985).
Frank took improvisation lessons from American jazz saxophonist John Ruocco at the Antwerp Jazz Studio (1983-1986) and studied composition and arranging techniques at the Musikhochshule in Cologne with Bob Brookmeyer (1993-1995).
He moved in 1998 to New York to study there.

Since 1983 Frank leads his own bands and composes for large and small orchestras.
He worked freelance with the BRT Jazz Orchestra and BRT Big Band. (Belgian Radio and Television) (1986-1991)
Frank was a member of "The Timeless Orchestra" from the Netherlands which he toured throughout Europe and Japan. (1989-1993)
He represented Belgium in 1989 in the EBU-big band (European Broadcasting Union) in Lignano Sabbiadoro (Italy).
In 1991 Frank was elected by the Belgian Jazz Press as greatest jazz talent.
In 1993 he won the "CERA Youth and Music Prize".
In 1994 he won together with the Brussels Jazz Orchestra the "Prix Nicolas d'Or".
In 2001, Frank won the prize "Django d'Or".
In 2006, Frank won together with the Brussels Jazz Orchestra the "Flemish Culture Prize".
In 2011 he won the "Jazzmozaïk Award".

On April 1, 2011 Frank was appointed as City Artist of his city Mechelen for two years.
In this capacity, he realized numerous projects in his hometown including; A jazz oratorio "Say, sing it, this city are we" in collaboration with poet Roger De Neef, due to the Newtopia festival, "The end of the world" a play in collaboration with theater ' t Arsenaal, "Serendipity" a musical score in addition to the exhibition of artist painter Beniti Cornelis. Compositions for the Mechelen carillon, "Scattered Rhymes" a project in collaboration with Zefiro Torna, numerous workshops in collaboration with the Municipal conservatory.
In 2012 he won with the BJO an Oscar for "Best original film score" for their cooperation in the realization of the soundtrack for the film "The Artist"

Since its founding, Frank has been the artistic director of the Brussels Jazz Orchestra (www.brusselsjazzorchestra.com) and freelance work in many other bands.

Frank has collaborated in the making of the book "Toots 90", the program "Jazz Middelheim" (summer 2012) and numerous articles in the Belgian press and jazz press.

Frank Vaganée taught from 1987 to 1990 at the Jazz Studio (vzw Halewijn Foundation) in Antwerp.
From 1992 to 1994 he taught jazz saxophone at the Sweelinck Conservatory in Amsterdam.
From 1993-2004 taught saxophone and jazz ensemble playing at the Royal Conservatory in Ghent.
From 1993 until now teaches saxophone jazz, ensemble playing, and big band arrangement at the LUCA School of arts department Lemmens Institute in Leuven.
He gives numerous workshops and master classes.
Frank is also an endorser for Yanagisawa saxophones and Vandoren mouthpieces and reeds.