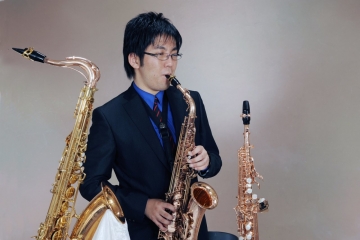 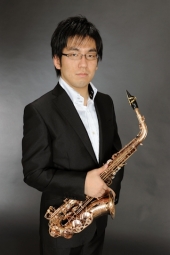 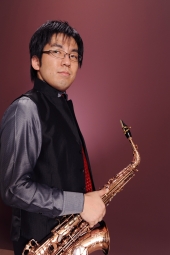 Born in Fujieda, Shizuoka Prefecture in 1985, Hayato Ikegaya is a graduate of Shizuoka University. He began attending Yamaha music classes at age 5, where he studied piano performance, music nomenclature, and other elements of music theory and composition, and later took up the saxophone at age 12.

Ikegaya has built an impressive record as a performing saxophonist. He participated in the 16th Hamamatsu International Wind Instrument Academy and Festival seminar and was honored for excellent performance at the Premium Concert highlighting that event. In addition to the Eighth Virtuoso Concert, he has also performed at the New Faces Concert (Japan Saxophone Association).

To date, Ikegaya has studied saxophone under Shintaro Yabe and Atsuyasu Kitayama and piano under Noriko Sugiyama and Mariko Nemoto. He has participated in saxophone master classes and lessons given by Hiroshi Hara, Yasuto Tanaka, Jean-Yves Fourmeau, Nobuya Sugawa, Otis Murphy, Claude Delangle, and Fabrice Morietti and in piano master classes and lessons given by Mitsutaka Shiraishi.

Currently, Ikegaya is active as a performer and instructor on saxophone, a piano accompanist, and composer and arranger.