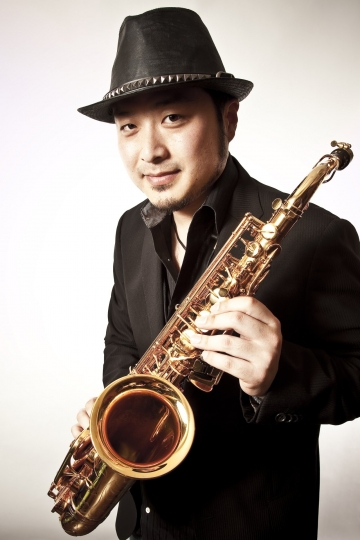 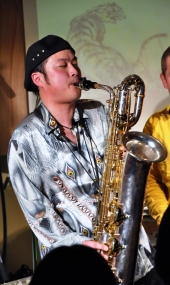 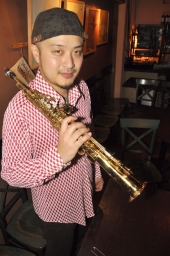 Born December 10, 1975 in Nerima Ward, Tokyo, Ide during his college years was involved in Meiji University's Modern Jazz Study Group and Big Sounds Society Orchestra, and later graduated from the Berklee College of Music in Boston. While enrolled at Meiji, Ide earned awards as a soloist in events ranging from the Yamano Big Band Contest and Asakusa Jazz Contest to the Ota Jazz Festival.

In 2009 Ide and percussionist Ryohei Okabe formed Oodutukodutu (http://oodutukodutu.web.fc2.com/), a ground-breaking new saxophone and percussion duo unit that enlists handheld instruments in a vast array of sizes and shapes to create its unique sound. In April 2011 the duo released its first album, "Oodutukodutu," and later performed at the Earth Celebration.

Ide also currently works as a regular with The Shocking, Tokyo Brass Art Orchestra, and the Miggy and Jazz Orchestra.

"My first Yanagisawa was an S-800 soprano sax. It was through the sound I achieved with that horn that I sensed the single-minded devotion and passion for detail that everyone at Yanagisawa shares about the craft of instrument-making. I have become a total Yanagisawa addict now and own Yanagisawas of most every size, from soprano to baritone. They have become absolutely essential tools in helping me to create and shape the sound I'm after, and they also offer excellent ergonomics. I honestly feel delighted, fortunate, and grateful that such a trusted sax maker of this caliber is operating right here in Japan." Shinji Ide