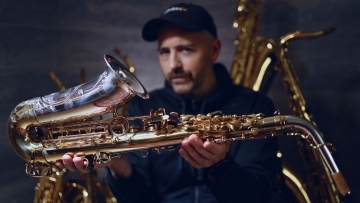 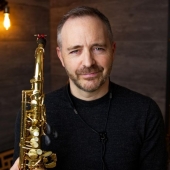 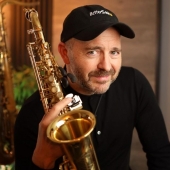 Jay Metcalf is a saxophonist from New York living in the French Riviera. For more than 20 years he has been performing all around the world while being based in his adopted home town of Nice, France.

Jay's mission is to help developing saxophone players break away from traditional music learning methods and discover a more efficient, practical and fun way to become a Better Sax player.

He is the founder of BetterSax, an online saxophone resource. The website www.bettersax.com allows students from all over the world to access Jay's unique method for learning to improvise and play melodies by ear on any instrument.

The BetterSax YouTube channel’s videos have been watched by millions while thousands of Jay's students have made meaningful progress on their instrument thanks to BetterSax lessons and courses.

Jay got his first saxophone at the age of 10 and played in the school band growing up on Long Island, NY. He pursued a career in music by continuing his music studies at the Crane School of Music in Potsdam, NY where he earned his Bachelor’s degree in classical saxophone performance. Several years later he earned his Master’s Degree in Jazz Studies and Arranging at the Aaron Copland School of Music at CUNY Queens College in New York.