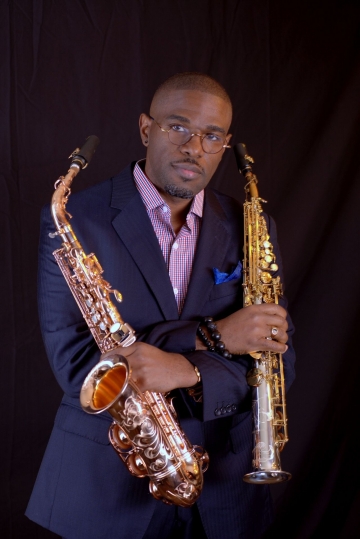 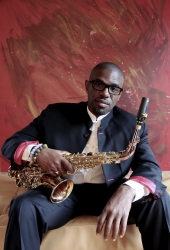 Saxophonist and educator Antonio Hart fell in love with the saxophone at age seven and began his studies shortly afterward. In high school, he was admitted to the Baltimore School for the Arts in recognition of his sheer determination despite an inability to read music.

While there, Hart studied classical saxophone and played the standard solo repertoire with a saxophone quartet but gravitated toward the popular hits then on local radio, including Earth Wind and Fire, Marvin Gaye, and Al Green, and began listening to soprano saxophonist Grover Washington Jr. After high school, Hart began pursuing a degree in music education in 1986 at Berklee College of Music in Boston, where he studied with Joe Viola, Andy McGhee, and Bill Pierce.

Many musicians inspired Hart at Berklee, including Javon Jackson, Sam Newsome, Delfeayo Marsalis, and Mark Gross. His dedication was magnified after he began studying with of one of his heroes, saxophonist Kenny Garrett. He credits Garrett with opening his eyes and ears to harmonic concepts.

In 1990, his final year at Berklee, Hart signed with RCA and began a world tour with a band including trumpeter Roy Hargrove. In 1991 he released his debut recording as a leader, “For the First Time.”

While on tour, Hart began pursuing his master’s degree in jazz composition at Queens College. He graduated from Queens in 1992, toured with Hargrove until 1993, and then with Nat Adderley until 1996.

Hart has recorded seven albums as a leader, including the 1997 Grammy-nominated “Here I Stand.” He can be heard with various ensembles led by Dave Holland, the Jimmy Heath Big Band, the Dizzy Gillespie All-Star Big Band, and others.

Hart is currently a professor of jazz at Queens College.