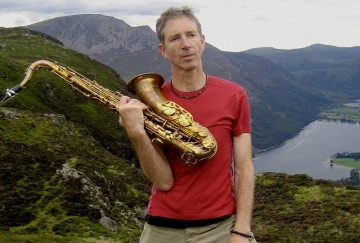 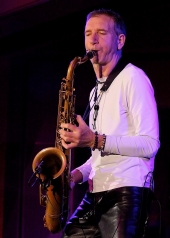 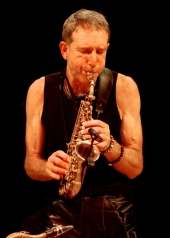 Snake Davis is widely known as a solo artist and for his guest appearances, solos on tracks such as Lisa Stansfields “Change”, M-Peoples “Search For A Hero” and “Moving On Up” and Take Thats “A Million Love Songs”.  He has played and recorded with artists ranging from James Brown to Paul McCartney, The Eurhythmics to Amy Winehouse - having recorded on more than 400 tracks in recent years for over 60 artists and played live with dozens more.
He recently released his 10th solo CD “Live”
Snake is in demand across the world; playing the saxophone family as well as flutes, whistles and the ancient Japanese wind instrument, the Shakuhachi.  A highly talented player, he is also a musical director (Heather Small and M-People), a writer, an arranger, bandleader, and sought after for his work in education.
He recently appeared at the Royal Albert Hall, The Princes Trust concert, playing for Eric Clapton, Phil Collins, Brian May and Roger Taylor and Midge Ure, and was also called in as guest soloist with Paul Carrack and the Royal Philharmonic Orchestra.
He was part of the last Eurythmics world tour.
With Japans biggest rock star Eikichi Yazawa he recently played Tokyo Dome and 5 sold out nights at the famous Budokan arena.
Snake Davis official website http://www.snakedavis.com/
Back