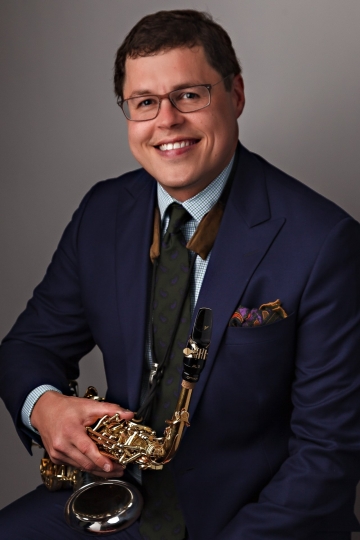 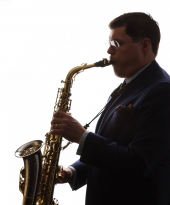 Todd Bashore was born in Chapel Hill, North Carolina. He received his bachelor’s degree in music from Duke University where he studied saxophone, composition and arranging with Paul Jeffrey. Upon graduation, Todd moved to New York City to study with jazz legends Jimmy Heath and Roland Hanna at Queens College, where he received his master’s degree. Todd has been active in the New York jazz scene ever since, performing and recording with David Berger, the Captain Black Big Band, the CTI All-Star Band, Orrin Evans, Pedro Giraudo, Slide Hampton, Jimmy Heath, the Mambo Legends Orchestra, matchbox twenty, Christian McBride, the New York City Ballet, Chico O’Farrill, Valery Ponomarev, Bobby Sanabria, Bruce Springsteen, Charles Tolliver, Bebo Valdéz, Max Weinberg, and many others.
Recent tours include a trip to Taiwan with the Charles Tolliver Sextet, an extended US tour with Max Weinberg, and an Asian tour with the Christian McBride Big Band.

Todd keeps busy as a composer & arranger writing for many projects including the Captain Black Big Band and the Afro-Latin Jazz Orchestra. He received an excellent review in the NY Times for an arrangement of Wave written for Slide Hampton. In July 2009 Todd arranged all of the music for the CTI All-Star Band premiered at the Montreux Jazz Festival in Switzerland, and released on a blu-ray DVD. In Feb. 2011 the NY Times positively reviewed one of Todd's
arrangements for the Afro-Latin Jazz Orchestra. In Dec. 2011 Todd arranged six movements of The Nutcracker for an all-star sax section featuring Branford Marsalis, Steve Wilson, Mark Gross and many others and also did all of the arrangements and transcriptions for a performance by Ballet Hispanico and the Afto Latin Jazz Orchestra at the Apollo Theater. Reed and mouthpiece manufacturer Vandoren has commissioned over 25 arrangements for saxophones and rhythm section from Todd over the past several years. Todd's arrangements can often be heard with the Captain Black Big Band on Monday nights at Smoke and recent recordings of Todd as an arranger and composer can be heard on Spirit of the Horn - Slide Hampton, It Was Beauty -Orrin Evans, A Mother’s Touch - Captain Black Big Band, and The Offense of the Drum - Arturo O’Farrill and the Afro-Latin Jazz Orchestra.