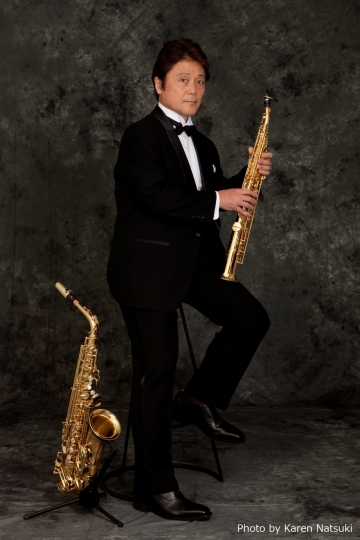 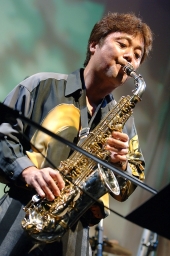 A Tokyo native born in 1957, Toshiyuki Honda is a professional saxophonist, composer, arranger, and producer.

In 1978 he released his first album as a leader, "Burnin' Wave," while still a university student. As one of Japan's best-known saxophonists, Honda has since recorded with a host of world-celebrated musicians including Chick Corea, Freddie Hubbard, and Christopher Cross among others.

Honda is also widely known for his versatile skills as a composer and arranger of scores for TV dramas, commercials, movies, and classical music genres.

He received the highest honors from the Japan Academy for his work on the soundtrack for the movie, Marusa no onna (Juzo Itami, director).
"Concerto du vent," a work commissioned by classical saxophonist Nobuya Sugawa, was recorded with the BBC Philharmonic Orchestra (Yutaka Sado, conductor) and has been released on Chandos, a label for classical masterpieces.

Honda has released numerous original albums and soundtracks. One of his latest releases is with the Hyper Chamber Music Unit, "SMILE!"

As a composer, he is currently concentrating his energies on the preparation of a work commissioned by Band Restoration 2012.