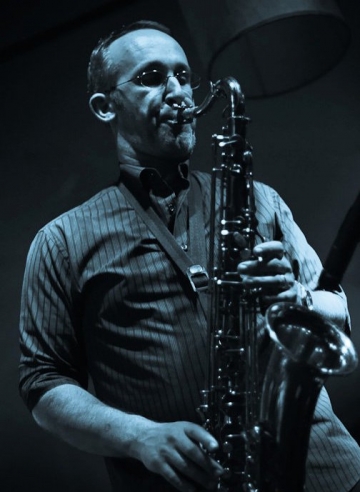 Russell is a saxophonist and woodwind instrumentalist based in Melbourne, Australia. He wanted to play the saxophone for as long as he could remember and finally began playing at the age of 15. Upon starting high school there wasn’t a saxophone available so he had to play the clarinet instead. In the 3rd year of high school, Russell finally got his hands on a saxophone and bought his very own half way through the year. This is the very same T-880 he plays today.

After graduating from high school, Russell completed an Advanced Certificate of Music Performance (Jazz/Popular) at Box Hill TAFE in 1993 and a Bachelor of Music Performance (Improvisation) at the Victorian College of the Arts in 1996. He also gained a Graduate Diploma of Education (Secondary) from Monash University in 2010.

Russell is currently a member of the Royal Australian Navy Band and has performed around Australia and the world.