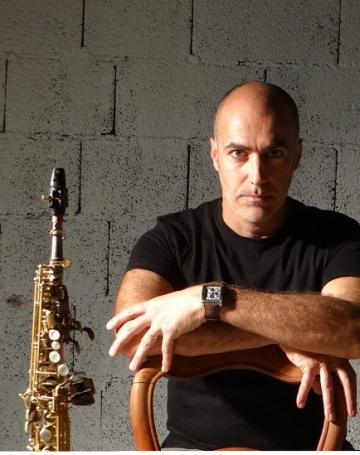 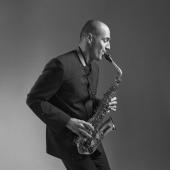 Jean- Denis Michat studied saxophone, composition, new technologies and music history at the Paris Superior Conservatory (C.N.S.M.P) from 1990 to 1999. At the early age of 24, he was appointed saxophone professor at the “Conservatoire National de Lyon” and promoted one year later to assistant professor at C.N.S.M.P.

Jean-Denis Michat has appeared both as a saxophone soloist and in several ensembles and philharmonic Orchestras throughout the world. He is today, one of the most famous saxophonists playing “a la francais”, and has dedicated himself to ensure a greater acceptance of the saxophone in classical music.

As a composer, his compositions are played by numerous professional ensembles including the Toulouse Capitole National Orchestra, Calliope Choir and the Ensemble Itineraire.

He had the chance to meet KarlHeinz Stockhausen who fascinated him and was a major influence in his musical development. Following the advice and moderating influence of other notable teachers, Michat developed a deeper understanding of composition that led to his individual approach to  musical timing.

Having taken part as a saxophonist in many premieres, he has built up valuable expertise in the development of new work as seen ”from the inside”. His double concerto, created in Paris in 2009, marked the beginning of a new collaboration of composer/improviser/performer with his old friend Fabrizio Mancusso. Work in progress…..

Jean-Denis Michat has worked very closely with the Yanagisawa Saxophone Company in Japan since he started playing them in 1997. His choice of saxophones are A-9930 Alto, S-9930GP Soprano and T-992 with Neck #95 Tenor.